First off– thank you to everyone for their well wishes regarding my hand. My surgery for tendon and nerve repair is set for TOMORROW, with three months of therapy thereafter. There’s no guarantee that I’ll ever regain full function or sensation, but we have to play the hand we’re dealt (or the hand that remains after you try to cut the other one off). Additionally, while I intend to keep up my writing, a lot more of it will be edited voice-to-text, so for the next few months I’ll beg forgiveness regarding any strange grammar or syntax errors.

But my story tonight is only partially about my hand, and I’ll try (inasmuch as I’m able to typing at 50% capacity) continue to try to finish the articles I’ve roughed out and continue to bring insights besides the joy of recovering from trauma surgery. To that end, tonight I’d like to talk to you about how, even with a jacked up hand, I was still able to successfully utilize self defense. 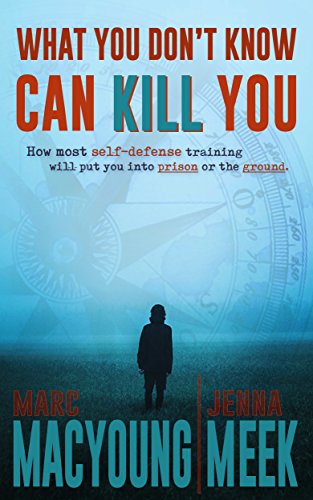 You say something mean to me.
I say something mean back to you.
You throw a punch at me.
I take you down using the awesome skills I learned in an awesome training montage at my martial arts class.
I get a free beer from the bartender.
I get yo’ girl.
We ride off into the sunset.
Credits roll.

It’s important to understand that a lot of social violence doesn’t go that way, but that’s the fantasy, isn’t it? The martial arts practitioner imagining themselves as the downtrodden underdog, fighting off would-be threats in the mirror like Travis Bickle from Taxi Driver (You talkin’ to me?) Social violence is also what most people think about when they discuss how they can avoid fights. “I just don’t go to bars or places where people would want to pick fights with me.” For social violence, this is sound advice. As social violence occurs as a result of egos clashing, if you don’t go places where egos are likely to clash (bars), or don’t make yourself a target (by not taking the bait) you can often avoid social violence.

However, the other type of violence is asocial or predatory violence. This one is a little harder to deal with because it violates as its name implies, it violates and flips the the social contracts by which our civilization conducts itself to achieve its ends. Asocial or predatory violence would be something like a mugging or a carjacking. It’s called asocial or predatory because typically it’s nothing personal. The predator wants something: be it money or your car or your cell phone or… whatever. So long as you fulfill the transaction without escalating the encounter (making them feel threatened, fighting back) you generally get away unharmed. This can be seen to be true because if someone with a gun wants to kill you as well as take your money, it’s much easier to get a wallet off of a dead person.

Of course there are exceptions to this, but by and large most muggers just want the thing to be done as quickly as you do. After all, the longer that they’re there, odds go up that a police officer might stroll by. Or someone will draw a weapon. Or their victim may decide to fight back. Avoiding asocial violence is a little more difficult. To avoid asocial violence, one must be aware of ones’ surroundings, and, if need be, become asocial themselves, acting “rudely” toward someone who has no real interest in polite society. Trying to talk your way doesn’t usually work, because your assailant does not actually want to talk.

It’s with all of this in mind that I pulled into the Shell Station off the interstate coming home from work last night. As I drove around looking for a pump, I saw somebody standing in the shadows smoking a cigarette. He gave me a long stare. I gave one right back to him, not thinking much of it, and then drove around and found an open pump. As soon as I stopped, a woman approached my car and stood there, staring at me. At first I hoped that she was merely walking to her car, but then I realized that I had no such luck. She eyed my splint, waiting for me to get out of my car. I finally did.

“I come in peace”, she said. There was no humor in her tone. It was purely transactional. I looked over to her and raised my eyebrows expectantly. I’ve never been a fan of solicitors (having been threatened and harassed by them before), but I do try to be polite when people are polite to me.

“What can I help you with?” I asked her. I was expecting the pitch at this point.

“Can you help my family?” she asked. No further comment, no further context. In a way, I appreciated the brief pitch. In any event, while I’m happy to donate to charity I’ve had too many bad experiences with solicitors to give to anybody who approaches me in public. I politely told her “No, I’m sorry” and continued to the gas pump. She didn’t move. She didn’t say anything else. She just kept staring at me. My Spidey Sense went off.

At this point, someone else approached. She looked at the gentleman who was approaching my car and said “I don’t think he wants to talk to us.” Looking over, I saw it was the man who was smoking a cigarette in the dark corner of the parking lot as I approached the gas station. This set off my Spidey Sense again. Marc MacYoung describes in his book how with a social violence one person will seek to keep you looking at them while talking to you about nothing in particular, hoping that you’ll be too polite to end the conversation while the other person initiates a crime. At this point I canceled the transaction at the gas pump and moved to go back to my car. The woman stepped forward.

“What did you do to your arm?” she asked me quickly.
“I hurt it,” I responded brusquely.
“Hurt it doing what?” she asked, taking one more step forward. At this point it really felt like she was stalling.
“Martial Arts”, I said even more brusquely and got into my car, not waiting for a response. It occurred to me even that I was perhaps just being paranoid but as I turned on the engine, the woman stood in front of my car, preventing me from leaving. I exchanged a long stare with her and revved the engine. Finally, she stood aside. I quickly left the parking lot, with both the man and the woman yelling things at me as I left.

I got gas at another gas station half a mile down the road with no issue and went home. Looking back, it does occur to me that perhaps I overreacted. It’s possible that these were just two down-on-their-luck people who really needed my help and became frustrated when I did not trust them. It’s possible that they were homeless and looking for some money for food, though their dress and appearance did not suggest it (neither looked hungry, if you catch my meaning). It’s possible that the splint on my arm made me act a little more paranoid than I would have normally.

It’s also possible that the splint on my arm made me a target, and that they saw an easy mark as soon as I pulled into the gas station.

We talk a lot about self defense in martial arts without acknowledging that there are so many more facets to self defense than the physical techniques we learn in class– and, indeed, that the physical techniques are only when our other forms of self defense have broken down. Threat recognition, avoidance, not making oneself a target (or a less appealing target) and that old ham of situational awareness are just a few parts of non-physical self defense. The thought was fresh in my mind that had it gone that way, unarmed and with my dominant hand busted up I probably couldn’t have fought back effectively if I wanted to. The sympathetic nervous system response is called “fight or flight”: since I’m not mental enough to attempt to fight off two potentially armed attackers (especially while injured), I had one response available to me and I took it. I’m not happy about the situation, of course, but given the information that I had I’m glad I was able to utilize my training to successfully defend myself.

A lifelong martial artist, Nick has trained in Katori Shinto Ryu, Amateur Boxing, Brazilian Jiu Jitsu, and Aikido, among other arts. Outside of martial arts, he spends most of his time working as a Critical Care Nurse and badly spoiling his dog. For more information: https://thewayyoupractice.com/about View all posts by Nick Porter